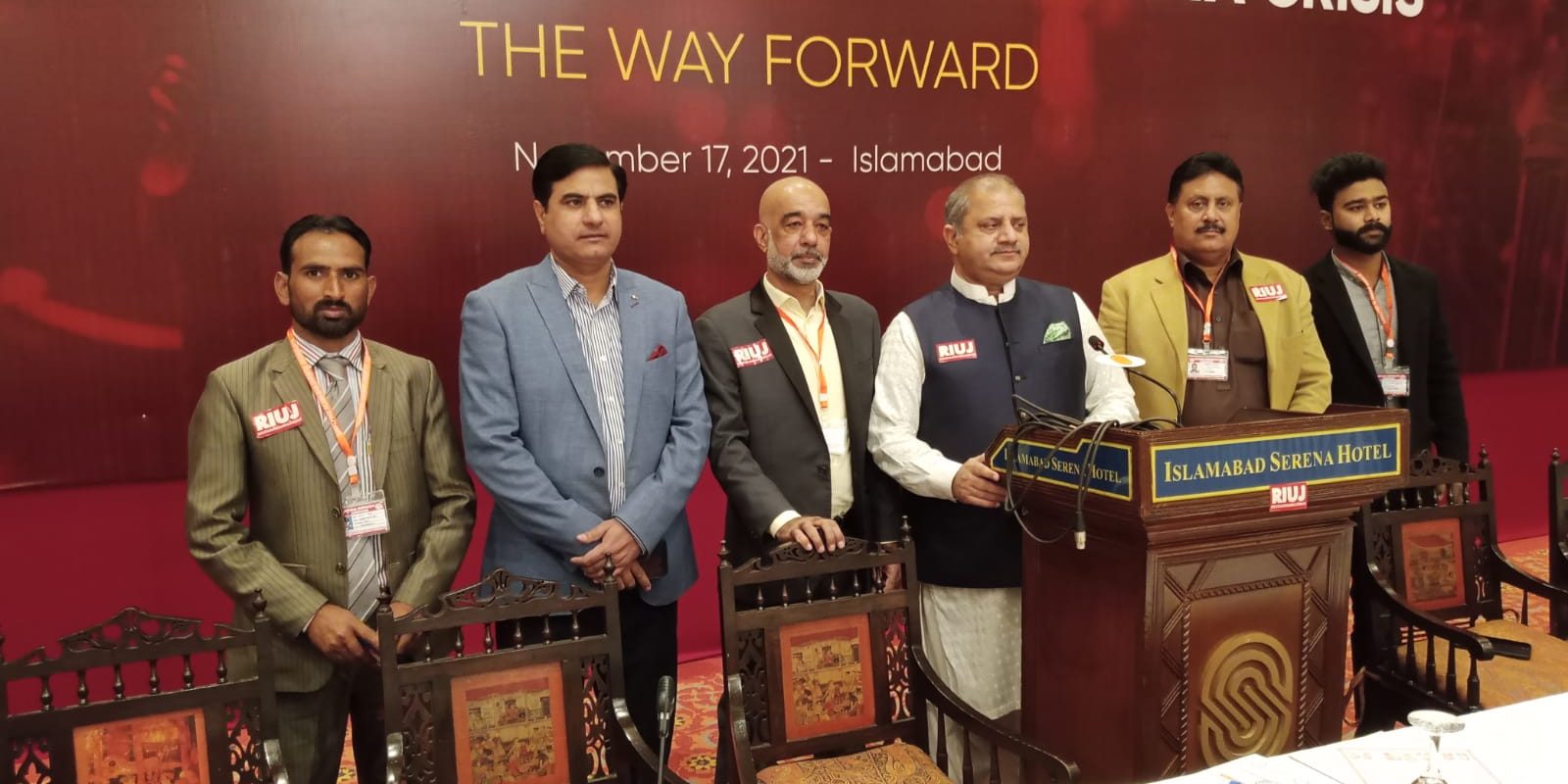 ISLAMABAD: The Pakistan Federal Union of Journalists (PFUJ) has demanded an immediate constitution of a judicial commission to investigate tapping, tracking and monitoring of telephone calls of journalist as Prime Minister’s Spokesperson and Special Assistant on Political Affairs Shehbaz Gill has confessed during a press conference in Islamabad on Thursday.
In a joint statement, PFUJ’s President Shahzada Zulfiqar and Secretary General Nasir Zaidi have expressed serious concerns and astonishment over the disclosure of PM’s Spokesperson that “Asma Sherazi’s telephone calls to PML-N leader Maryam Nawaz have been tracked by the government,” which is a confession by a government member and is “unethical, uncalled for, and illegal act.” They demanded registration of an FIR against Mr. Gill and complete investigation by a judicial commission.
PFUJ leaders believed if telephone calls of a female journalist, Asma Sherazi are being monitored then certainly the telephone calls of other journalists are also being tapped and monitored.
The statement stated that “cultivating sources is an established right of a journalist globally and cannot be challenged as it has to be done for the credibility and authenticity of the news report”.
They PFUJ leadership criticised the behaviour of Government’s Spokesperson and demanded immediate removal of Shehbaz Gill from PM’s cabinet as “he is on an agenda of damaging relations between the government and media,” they demanded.
Category: Press ReleaseNovember 10, 2021